Welcome to our Website!
Do come along to one of our meetings sometime when the Club re-opens after the "lockdown".
We are here to help and encourage anyone interested in making their own films
​Thanks again for visiting us!

22 OCTOBER 2020
There will be no more scheduled Zoom meetings for November or December.
However, if any club member wishes to use the Zoom facility during these two months,
they will host the evening and send the necessary email invitations.
Thank you all for your support during this difficult time, and hope you stay well.
Let's hope we can get back to the club room in the new year.
(Stuart Hillier - Chairman)

15 October 2020
CONGRATULATIONS to Steve Haskey. His film "My Grandad" was awarded 2nd place in the Ann Vincent and
David  Martin Video Competition 2020 Regional Award.
This achievement was very well deserved, particularly when set against certainly the largest number (73) and probably some of the highest quality entries that have been seen during the 5 years of competitions for SoCo.
Well done Steve!

18 March 2020
Steve Haskey's film "My Grandad" has been submitted into the Teign Cup Competition 2020.
Originally planned for Saturday 25 April 2020 at 2.00 pm at Bitton House, Bitton Park Road, Teignmouth TQ14 9DF
The public event has now been cancelled but the judging of the films will still go ahead behind closed doors. We will announce the Award Winners when we receive them.

Howard Blake's sci-fi comedy film "Vader's Apprentice" has been submitted into BIAFF 2020 along with Paul Vernon's short contemporary western "Stream of Dreams".
UPDATE!  The Festival was due to run from 8 to 10 May 2020 in Stratford upon Avon with the Award Winners' show on Sunday 10 May 2020.  However this has now been postponed and the IAC and BIAFF 2020 have a provisional booking for the Festival to take place on October 16-18 2020 in Stratford upon Avon.

Tuesday 11 Feb 2020
Stuart, Tony and Paul attended the Chilworth Ladies Club and presented a selection of some of our most recent films for just over an hour.
The show went well with a lot of audience participation and appreciation from the ladies present with some probing questions - especially regarding Tony and Howard's film "The Ballonist's Assistant".

Wed 22 Jan 2020
Howard has now forwarded links to all Club members to enable the downloading of the clips for the above in-house competition.
Simply click on the links to download the files.
V2M - The music files are full tracks and the object of the exercise is to choose a 60 second section from each track to add your own appropriate and edited video.
10 to 4 - The video files are in a zip file.  Simply click on this and your PC should have a programme built in that will "un-zip" the files and put in a separate folder.  There should then be 39 clips which total approximately 10 minutes.  The object of this exercise is to edit these clips and make your own short 4 minute film by telling a story, adding commentary and music.
The edited files will be shown after the AGM on Wed  6 May 2020. 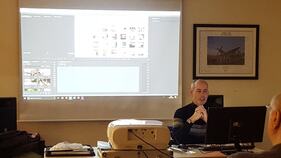 Wed 5 Feb 2020
Another successful evening with Howard who was demonstrating the various techniques he uses when editing his video footage.

Our first Club meeting of 2020 was Ian's "NEWS AT TEN"- ish Green Screen Evening and it went surprisingly well - although an on-looker could have been mistaken for thinking it was one chaotic shambles.
Jeremy stood up to the mark and became our "newscaster" for the Solent MovieMaker News at Ten, Ian was amusing as our weather-man (was he trying to emulate Thomas Schafernaker, I wonder?), and Steve was our roving reporter and sports reporter.
The edited results should be interesting to say the least!   Credit to Mike P for these images.

Congratulations to Steve Haskey on winning the SMM 2019 Documentary Competition for his film "My Grandad" and picking up the Myrtle Osman Club Shield as well as a generous cash prize from Howard Blake and his computer business The Computer Repair Centre of Romsey (https://firstforitrepairs.co.uk).
The Christmas Open Evening was well attended with a number of original, varied and interesting films being shown - many for the very first time.
​Our thanks go out to Tim Stannard from Staines Video Makers for judging the Competition.
Congratulations are also in order to Jeremy Holder for his film Romsey French Food and Brocante Market, to Tony Shadick for The Watercress Line - War on the Line and to Howard Blake and his Team for King William II and Arthur Conan Doyle.

Club Members Howard Blake, Rob Malbon, Bob Biles, Stuart Hillier and Jeremy Holder went along on Friday night for the Awards presentation and scooped up the first prize trophy for the Film Vader's Apprentice.
This beat Tim Stannard's Miracle on the Mantlepiece which came 2nd, Orpington's Meet Dexter and Hayward Heath's The Prodigal.

Well done to all who helped produce the short movie. The reaction on the evening was a very positive one, many people even laughing in the right places, God bless them!

Sadly we cannot enter next year's competition - having won it twice in a row! 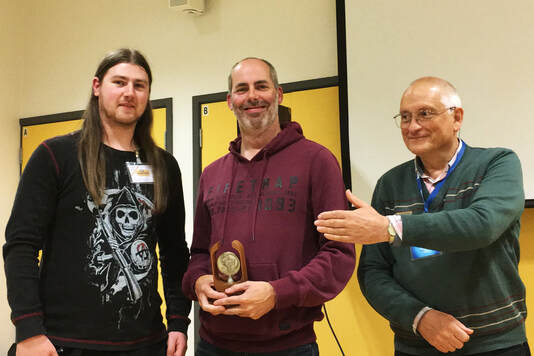 Above: Rob and Howard accepting the the Trophy for Star Wars: Vaders Apprentice.

Social Evening at the White Swan

​Looks like we have found the best way to get all of the members together.  Just hold the meetings at a PUB !!!
This is one of our "Social" evenings, held outside the normal club programme.
Notice - not a camera anywhere in sight! 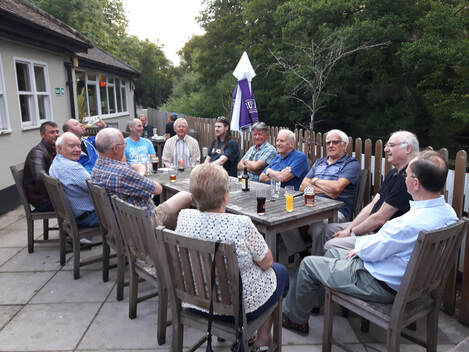 Paul Vernon does it again!

In April 2019, Club Secretary Roger Benton and serial "Western" film maker Paul Vernon headed to Birmingham for BIAFF 2019 to see what was going on and, much more importantly, to pick up the DENHAM GOLD CUP AWARD for "Best Film from an Affiliated Club”  - Solent MovieMakers for OASIS (directed by Paul Vernon).
​Well done Paul, the club trophy cabinet would be considerably barer without you!

May's "Open Evening" was well attended and guests enjoyed a variety of films made by Club Members.
As usual, the raffle and refreshments proved a hit and the evening was rounded off with the first showing of Paul Vernon's recent film
​STREAM OF DREAMS, which had already won its first award as Best Short Film at Dublin’s Elevation Indie Film Awards. 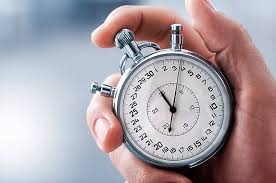 New Competition announced in principal for 2019!
It's been TEN years since we last entered a joint competion, involving most of our members, the last effort can be seen in the video section 'Four Bridges' which WON awards from the IAC back in 2009. The current membership and some from way back, have agreed once again to make a series of short films based on interesting Tourist attractions in Hampshire. Members have been asked to set out individually or join up in Groups of Three/Four. One person to edit, another to voice over and another to film.

Once the films have been made, we will have an 'In House' competition and a prize for the best film! This will be judged later in the year. Stage 2 is to 'Stitch' all the films together to make a short library film on Tourist attractions in Hampshire and this will be sent off once again to the IAC for Judgement. 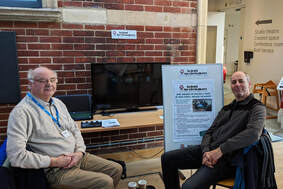 Yes, here are Graham Lines and Howard Blake doing their best to find a few new members again.
They were at The Point in Eastleigh amongst numerous other local organisations
​for the Town's 'One Community Showcase' event on Saturday 2nd February. Well done chaps!
One Minute films
The first meeting of the new year, 2019, Teams of four were chosen from the members of the Solent Moviemakers.
Their objective was to film a one minute film using all four members.One person of the team to record video, one to edit and the rest, to act!

Head over to the video's page to view them!

We also have Rob's film about tattoo's and Bob Burrs new film about The flower festival held in Winchester Cathederal.

....and now ANOTHER WINNER! 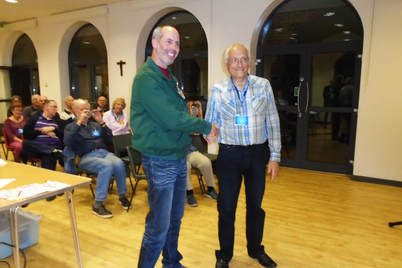 Yes our Club film 'Someone to Watch Over Me' also won Surrey Borders' Inter Club Competition on 5th October. In the photo above, Howard Blake is receiving the winning trophy from Philip Morley of Surrey Border Movie Makers. As mentioned below, the film written by Ian Marriott, directed by Howard Blake and supported by our other members Paul Vernon, Mike Power,
Graham Lines, Tony Shadick and Derek Kinally (RIP). The actors were Graham Cranmer (RIP) , Eden Elkins and our very own Mikey McAllen.

SOLENT MOVIEMAKERS HAS A WINNER! 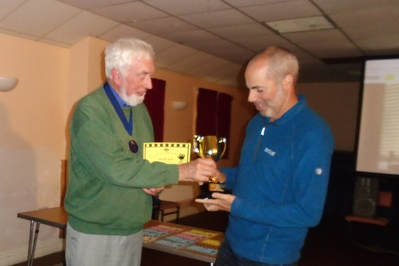 We are delighted to have won the Southern Counties Regional Competion with our film 'Someone to Watch Over Me'. The film was written by Ian Marriott, directed by Howard Blake and supported by our other members Paul Vernon, Mike Power, Graham Lines, Tony Shadick and Derek Kinally (RIP). The actors were Graham Cranmer and Eden Elkins. In the photo above, Howard Blake was presented with the trophy and certificate on 8th September at Weymouth Moviemakers.

On Wednesday 5 July 2018 we were delighted that 12 members of Surrey Border Movie Makers came down from Farnham to join us.
Both clubs showed about 8 of their recent films and we all had a great time chatting with each other.
We feel sure a similar event will be planned for next year.
​On the same evening, acting Chairman Jeremy Holder presented Steve Haskey with an Oscar Trophy for winning our first Short Film Competition for any film up to 3 minutes long.

On Wednesday 6 June 2018 we held our first Inter Club Competition, which was for a documentary of up to 12 minutes. We were delighted to have entries from 12 clubs and amongst the audience of about 45, 7 clubs were represented. Everyone thought the evening was very successful and the results were as follows:

On 18 April we held our first Short Film competition for which there were eight entries. These were the results:
Gold - 'On My Way' by Steve Haskey
Silver - 'Winter's Peak' by Howard Blake
Bronze - '25 Years Young' by Steve Haskey

When Howard decided to "remake" a short film which members had previously created he decided to go the "whole hog".
​Period costumes, trained actors, plenty of props and even a smoke machine!
Members all pitched in, creating the set, filming, acting as extras and handling the lighting and sound recording.
​As for the finished film .................... Check Videos 1

On 7 March 2018 we held our annual Travelogue competition for which there were six entries. These were the results:
Gold - 'A French River Cruise' by Jeremy Holder
Silver - 'Lincoln' by Paul Vernon
Bronze - 'Tombstone' by Paul Vernon
The other entries were Inle Lake by Ian Marriott, The Schaftberg Railway by Stuart Hillier and 'A Walk in Greece' by Roger Brenton
Check out our NEW Tips & Technology Section -
Use Sub-menu from this section or click HERE