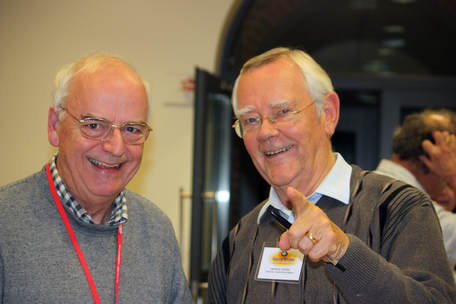 This year Solent MovieMakers judged all the films for Surrey Border Movie Makers annual film competition. The judges were Paul Vernon, Mike Power and Jeremy Holder. There were 12 entries and 12 awards and these were presented on 1 December 2018.

On Thursday 17 August, four of our members had a very enjoyable evening with Frome Film and Video Makers. It was their annual social evening when they invite other clubs along to see some of their films and chat about all aspects of film making. We saw extracts from a wide range of films they have made, demonstrating how active they are despite having relatively few members. We were also pleased to meet with members of Devizes and Mid Wilts Video Clubs, one of whom gave us a very good demonstration of a Nikon 360 degree video camera. 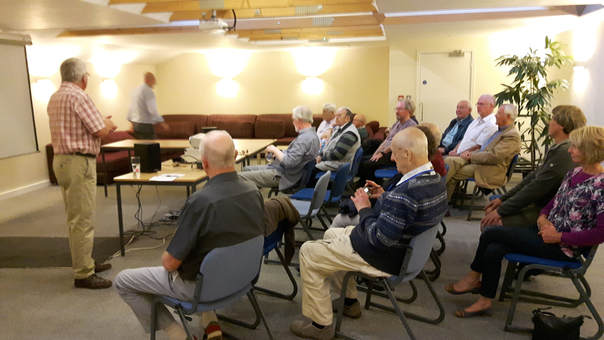 Paul Vernon's award winning featurette VERMIJO has been accepted into several film festivals all over the world and picked up a coveted BIAFF "Five Star Diamond" award at BIAFF 2017.
​Congratulations to Paul and Good Luck! 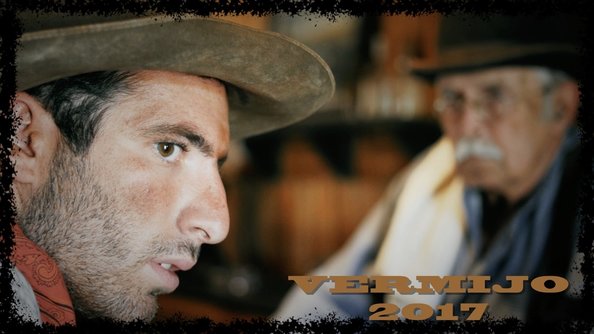 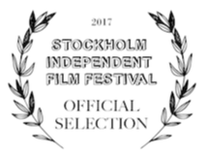 If you would like more information on Paul's blockbuster go to www.paulv.co.uk/vermijo/

A few images from the evening.

20th September - IAC BIAFF Films. We will be showing some of the best films from last year's IAC BIAFF competition.

4th October - Guest Speaker. Tonight Steve Arnold from Bournemouth Video Club will be here to entertain us with some of his films and video expertise..

18th October - Open Cup Competition. In addition members can bring any of their films along for members to review.

1st November - Filming the Club's Promotional Film. Although we were planning to go out this evening, we will now be filming our promotional film at the Club. Howard will be directing proceedings.

15th November - Planning A Club Film. Tonight we'll be planning to make a Club film with an 'Anti Litter' theme. We will also be showing a selection of Surrey Border Movie Makers' competition films, which some of us have agreed to judge.

6th December - A Workshop on Audio.  Howard will be demonstrating the differences between a number of different microphones this evening. He will be taking a few video/sound recordings, showing how to edit sound on the PC and playing back the results. There will also be a questions and answer session on all aspects of sound. By all means bring your cameras and microphones along if you need guidance on manual audio settings.

10th December - Christmas Dinner. This was held at the Waters Edge Restaurant in the Hamble and proved to be very successful.

20th December - Christmas Open Night.  Tonight we will be showing many of the films members have completed this year. There will be a Video Quiz, a Raffle and refreshments during the interval. It's a great opportunity for members to bring their family and friends along at this festive time of the year. The more the merrier!

16th January - Travelogue Competition. In addition to this annual competition we will be showing films from another club's Showreel.

7th February - An Evening with Paul Vernon. Our excellent maker of Western Cowboy films promises us an interesting evening. We will also be having the draw for our 'Lucky Dip' film titles and showing a couple of short films from some of our friends.

21st February - A Workshop on Basic Editing. Howard Blake will be running this evening which will include aspects such as titles and credits.

7th March - Travelogue Competition. The judging of this competition will be tonight, as it couldn't be done on 17 January when these films were first screened. We will also be showing our '10 to 4 films'. These are 4 minute films members have made from 10 minutes of random clips.

21st March Programme Change - As we haven't had sufficient entries for our Documentary Shield Competition, we are postponing this to another date. Instead of this and showing some films from Chichester Film & Video Makers, we are going to use this meeting to plan and practice shooting our Short Story Film. All welcome.

18th April - Members Short Films and Other Filming Tasks. Tonight we will be showing films entered for our new 'Short Film' competition (up to 3 mins max), as well as members' 'Lucky Dip' films and 'Video to Audio' films.This year's titles for the Luck Dip are 'Cities' and/or 'Cook a Breakfast'.

2nd May - AGM. As well as the AGM we are planning to show some of the films from Chichester Film & Video Makers' latest showreel.

16th May - Outside Filming. Filming in Bishops Waltham - Meet in the central car park 7.00 and film in pairs. We wil all meet later at 8.30 in The Crown Inn for a drink and a chat about the evening's filming.

6th June - Inter-Club Competition. This is the first time our club has invited other video clubs to enter a competition. The competition is for a documentary film of up to 12 minutes. We have 12 clubs entering and it promises to be a very good night indeed. With so many films, the event will start promptly at 7.30, so do arrive early from 6.30 onwards. Some members from competiting clubs will be joining us and family and friends are all welcome.

20th June - Guest Speaker - Julian Baldwin. We are delighted that at short notice, Julian Baldwin will be our guest speaker tonight. Julian has been a member of Bristol Film & Video Society for many years holding various positions on their committee. He has spent his career recording location sound in the film-making part of the broadcasting industry. His experience covers almost every genre of programme from Drama to Documentary to Current Affairs and filming techniques ranging from 16mm film with sound on 1/4 inch tape to high definition video with sound on separate digital recorders or directly onto the camera's sound tracks. Julian will talk about techniques for recording good quality sound and may be able make suggestions for sound capturing and recording equipment that are suitable for use by amateur film makers. Julian will be pleased to try and answer any questions you may have on sound.

4th July - An Evening with Surrey Border Movie Makers.  Yes, tonight several members of Surrey Border Movie Makers will be coming along. They will be showing us some of their recent films and after an interval with some refreshments, we will be showing them some of ours. It will be a good
opportunity for us to get to know them better and exchange ideas and experiences in film making.

18th July - Open Night.  Here's another evening to bring along family and friends to see a variety of recent films the Club has produced.